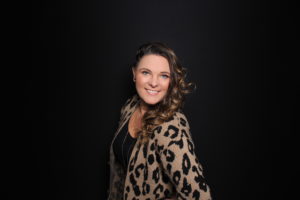 Nicole Penning is a young, vibrant and passionate Authorised Marriage Celebrant. Described by her peers as “The best in the business”, by fellow Wedding Suppliers as “A new breed of Celebrant”, introduced as “Geelong Wedding Royalty” and given the title by her couples as “The Queen of Weddings!”

She specialises in performing Weddings, Renewal of Vows, Commitment Ceremonies, Funerals and Naming Days in Geelong and surrounding areas.

Nicole’s popularity with modern couples has seen her perform over 470 ceremonies in 11 years, so you can be confident you’re in experienced hands.

Nicole is considered a leader and mentor within the Geelong Wedding Industry, advising new Celebrants on their practices and how to be the best they can be, taking newly registered Celebrants under her wing to help them out when they first start!

Nicole trains fellow Celebrants through The Celebrants Training College based in Melbourne and prides herself on helping other Celebrants be the best they can be!

Nicole is also the administrator of three Facebook Groups/Pages dedicated to Celebrants and their services in Geelong including supporting Marriage Equality.

Friendly and upbeat, Nicole will engage your guests and fit naturally with your wedding party, allowing you and your partner to just relax and enjoy as she seamlessly runs the most important day of your life.

Nicole has studied a Bachelor of Applied Science in Hospitality Studies at R.M.I.T, and worked in Restaurant, Hotel, Resort & Event Management, Sales & Recruitment.  Her background means she knows how to run an event – and all the challenging situations and diverse personalities they entail!
With over 20 years’ public speaking experience, Nicole can adapt her style from a gentle tone for an intimate gathering to confidently voicing a ceremony in front of hundreds of guests.

Nicole fiercely supported the Marriage Equality Campaign, by starting Facebook groups in support for Wedding Industry Professionals in Geelong and attended many meetings, workshops and rallies fighting for equal Marriage rights for all Australians.